From 1902 he studied at the Gewerbe- und Kunstgewerbeschule in Munich. He learned drawing and pottery and was a master student of the textile designer Theodor Spieß. In 1907 Gradl came to Nuremberg and became first administrator, in 1908 professor, from 1926 full professor for arts and crafts drawing for fabrics, wallpapers, inlays etc. at the Nuremberg school of arts and crafts. 1930 professor for surface art and toys at the State School for Applied Arts Nuremberg, 1938 head of the special class for landscape painting, 1940-45 director of the former State School, which in the meantime had become the AdBK Nuremberg.

(...) quoted from the Nuremberg Künstlerlexikon, edited by Manfred H. Grieb.

(...) After the completion of a judicial review of his past during the Third Reich, Hermann Gradl was reinstated as director of the Academy of Fine Arts. After his retirement in the same year, 1948, he still produced almost 1000 paintings until his death in 1964. 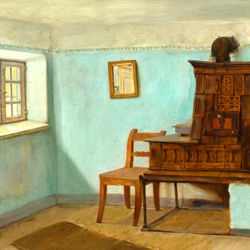 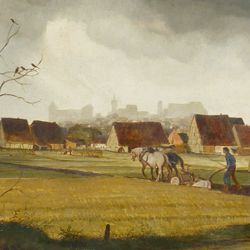 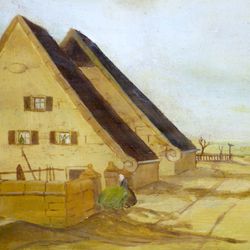 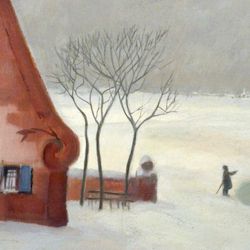 Winter in Knoblauchsland near Nuremberg 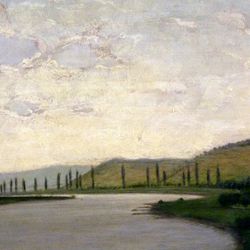 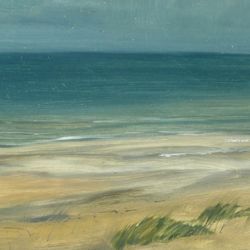 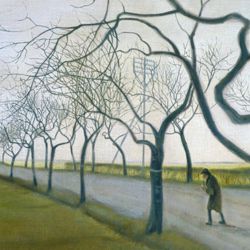 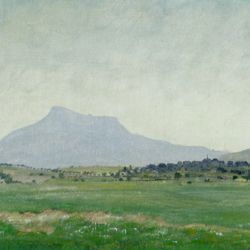 View to the Walberla mountain 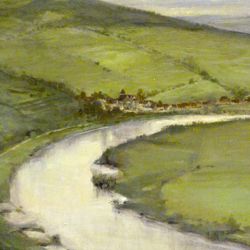 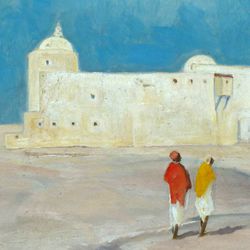 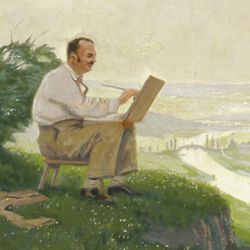