Grave no. 654 in the Rochus cemetery, epitaph dat. 1585, still existing. Son of Heinrich, executioner in Bamberg. ∞ Nuremberg 7.12.1579 Maria Beck († 1600), four sons, three daughters. 1577-1617 active as executioner in Nuremberg. According to his certificate of appointment he received a weekly salary of 3½ fl. and was entitled to a pension. He lived on the Henkersteg, a bridge over the Pegnitz from the Sebald side of town to the Trödelmarkt. In his diary Franz Schmidt noted the name, origin, profession of the condemned, the offence and the punishment as well as the date of execution. 361 persons were executed, mostly by sword or hanging, "345 persons tightened in the body and struck out with rods, ears cut off and fingers cut off". Walpurgi (1.5.) 1617 he gave up his service and was made honest again. After his retirement he lived in the house Obere Wörthstraße 10, which he bought in 1625 for 3000 fl. He also worked as a doctor. His daughter Maria married the painter Hans Ammon in 1632.

(quoted from the Nuremberg Künstlerlexikon, edited by Manfred H. Grieb). 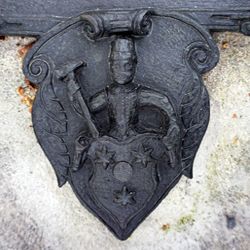