1937-43 Attended the Oberrealschule in Amberg. 1943 at an anti-aircraft battery in Nuremberg, then work service in Poland, 1944 emergency school leaving examination, military service in East Prussia, 1945 to December 1949 Russian captivity in Estonia.

1950 Foundry worker at the Luitpoldhütte in Amberg. 1950-56 Studies at the AdBK Nuremberg, master student of Max Körner and Fritz Griebel. At the same time he studied lithography and lithography with Ludwig Krämer. In 1951 he travelled to Paris and Italy, in 1952 to Spain, in 1953 to Switzerland. Since 1956 he has been a freelance painter and graphic artist in Nuremberg.

Prechtl was one of the most important painters and draughtsmen in Nuremberg in the second half of the 20th century. In his works he often used Dürer motifs, which he sometimes depicted in a satirical way. His portraits of historical figures and politicians as well as his cover pictures for Der Spiegel helped him to international recognition. 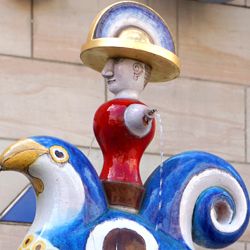 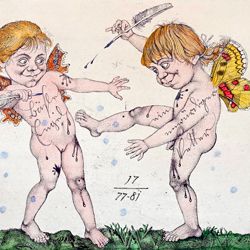 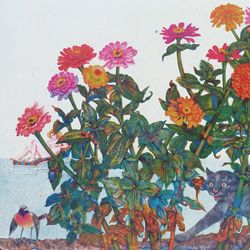 In my Garden of Eden 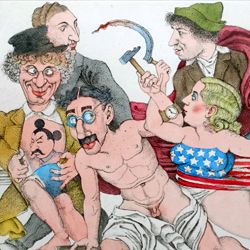 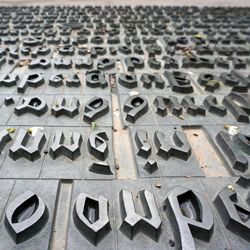